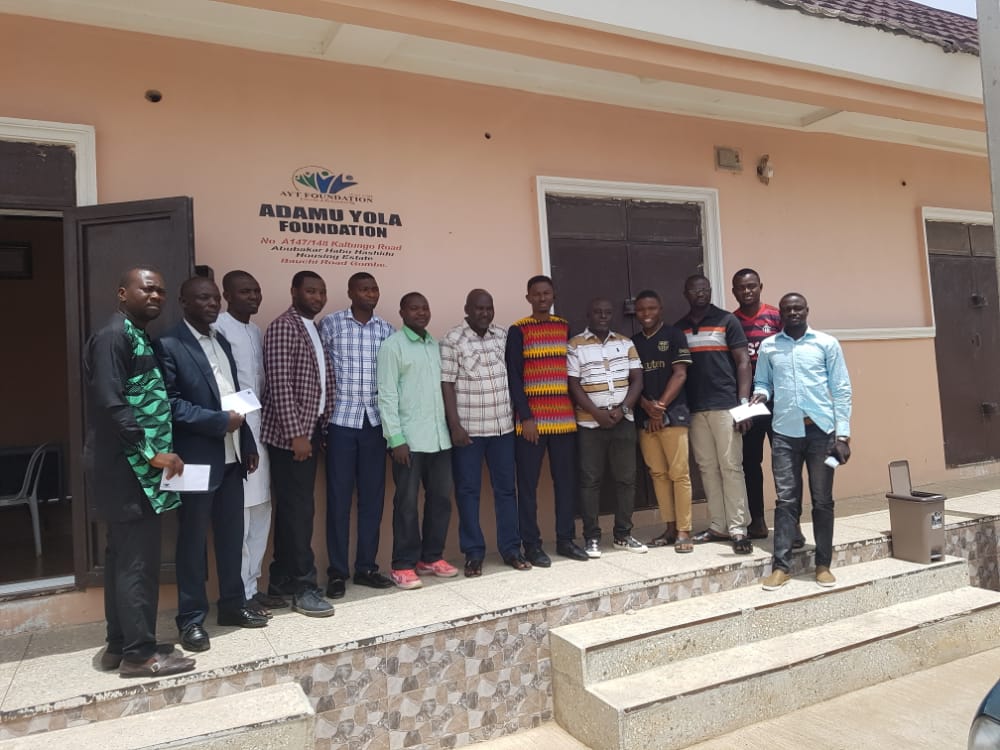 The 6th edition of the Adamu Yola Gombe South Unity of Cup was described as the best and the most challenging by the Chairman of the organising committee, Promise Uwaeme.

This assertion was made by the Chairman of the Local Organising Committee, Uwaeme during the presentation of cash prizes for winners of 2021 edition of the competition.

“I am sure there’s no basis for comparison because what we had last year was really massive in every area in terms of security, organization. Everything was just top notch,” Uwaeme told journalists.

“In previous editions, we had series of issues here and there, we had protests flying everywhere but in the last edition we managed barely 3 or thereabout protests and at the end of it all, everything was resolved amicably . So for me, last year’s edition was the best so far.”

Pokwangli United who beat Oska FC 2-0 in the 2021 finals were rewarded with a 700k cash prize, Oska Fc received 400k while Balanga LGA Team who were the second runner up went home with 200k.

75 teams participated in the last edition and the Uwaeme confirmed that the committee will hope to expand it to accommodate more teams this year. He also stated that the competition is one of the biggest football tournaments in the entire Northeast.

“since I came into the competition, we have always looked at how we can expand and I can confirm to you now that in the entire Northeast, we’re one of the biggest. From 64 teams in 2020 to 75 teams in 2021 and we are thinking of expanding to ensure that we have more teams. I can tell you with my head high that even CAF doesn’t organise a competition with 75 teams, so we are proud of what we are doing.”

Earlier in his address, the Chairman of the Gombe State Football Association, Yakubu Sarma commended the sponsor of the competition for fulfilling its promise.

The donor also secured slots for the three teams to play in the National division three as confirmed by the FA Chairman.

“I think I’m on of the most happiest and delightful people today, because it takes courage for one to make promise and actually fulfill it, like you heard me saying, this is one of the biggest competitions not only in Gombe in the entire North East.

“He promised that there is going to be cash prizes to the winners, first runners up and second runners up, and I’m glad to tell you that he has fulfilled that today.