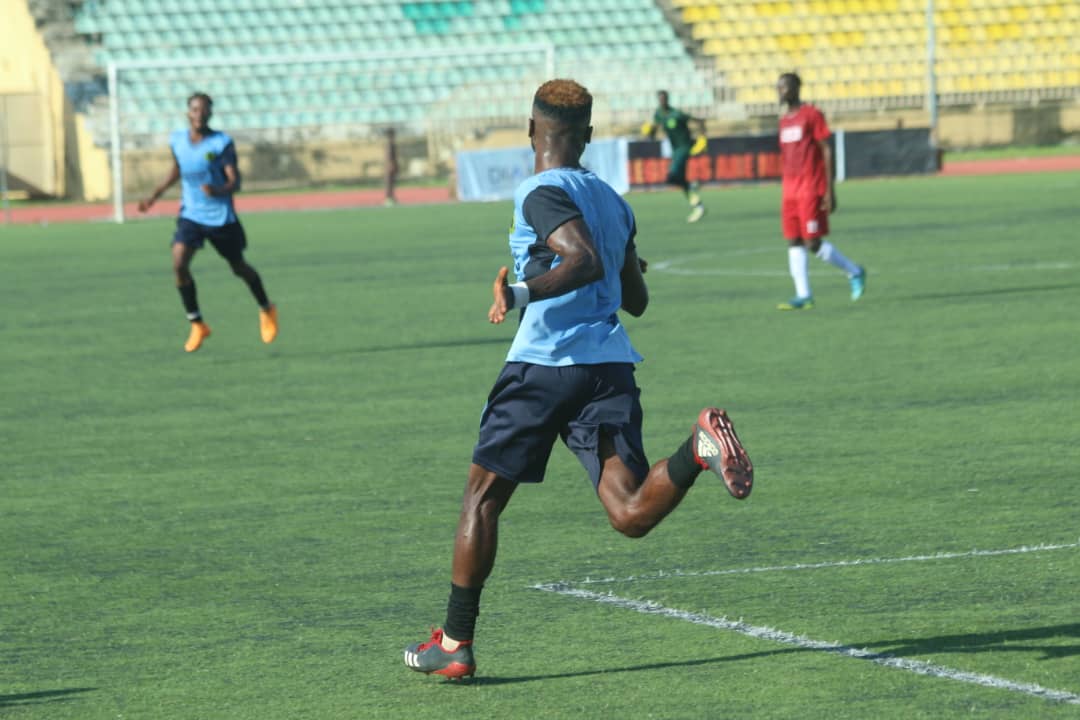 NNL All Stars will face Abraysports in the final of the 6th edition of the Amapro Football Championship.

Samson Isiaka put the Lagos based team ahead with a cool finish in the 3rd minute of the game.

All Stars came from behind to cancel Da Faria lead as Sodiq Alamoyo slotted into the bottom corner on 25 minutes.

The second half was even for both teams as they displayed best of football artistry to the amusement of the Ilorin fans.

NNL All Stars shot stopper, Muyiwa Majolagbe turned hero of the afternoon as he stopped two spot kicks from Da Faria as his team scored four of their spot kicks.

Coach of NNL All Stars Ladi Ojokojo was full of praise to his boys who whethered the storm against the dangerous Da Faria side.

“We knew how talented the opposition were. Our plan was to score first and try to consolidate. But it was the other way round,” he explained.

“The fighting spirit showed by my boys really made me proud. We can’t afford to celebrate for now because a bigger task awaits us.

In the other semi-final game, William Falla got the first goal with a fine finish from Ramon Azeez.

A rejuvenated NNL All Stars showed class as they scored an equalizer in the 20th minute as Victor Atteh curled home a sweet free kick.

Obadun Abdulrasheed powered home a delicious header at the near post as Abraysports went in front.

Obalowu Nofiu made the game safe for the Ilorin based side with the third goal at the dying embers.

Head coach of Abraysports Bolade Ezekiel admitted that his wards relied on counter attacks to defeat William Falla and promised to upset NNL All Stars in the final.

“It was more of a tactical game but we dealt with the pressure from William Falla. We relied on counter attacks to punish them,” Kolade enthused.

“The game against NNL All Stars will be technical because they are more matured. With our tactical gift we will be victorious.

The final will be held on Sunday at the main bowl of the Kwara Stadium Complex, Ilorin. Kickoff is 4pm.

The prestigious Amapro Football Championship final is set as expected as arrangements have been concluded ahead of what would be a glamorous event.

Amapro Football Championship final will be decided on Sunday 29th August at the Kwara Stadium Complex, with NNL All Stars facing Abraysports. Kickoff is at 4pm Nigerian time.

Organizers of #Amapro21 have offered assurances of a memorable experience to the finalists, fans and top football administrators that will be in the Kwara capital for the finals of the sixth edition of the competition.