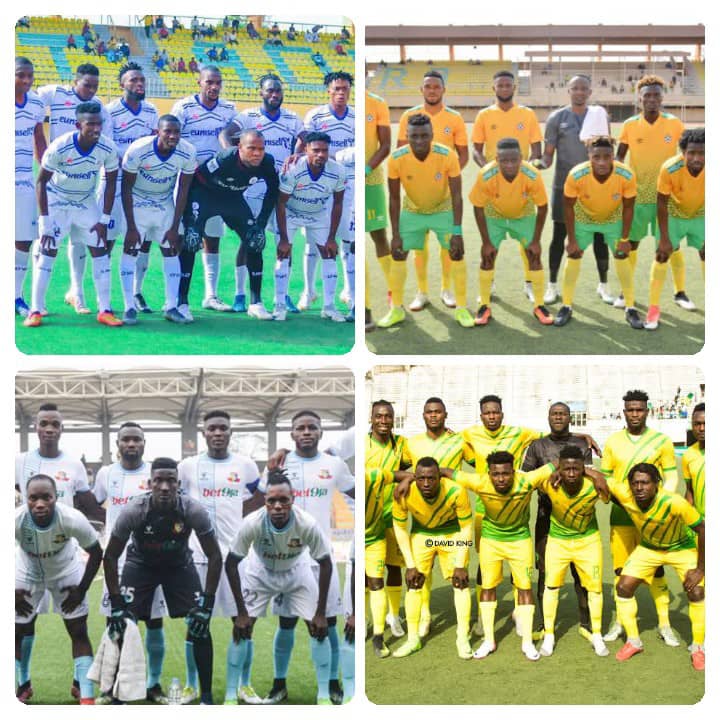 Nigeria will have four spots in the 2022/23 TotalEnergies CAF Champions League and Confederation Cup.

This means Rivers United, Plateau United, Remo Stars as well as Kwara United will all get the chance to be in the competition draw on Tuesday.

This draw will mark the beginning of a journey to the 2022/23 season of both TotalEnergies CAF Champions League and Confederation Cup.

Below are the Nigerian representatives on the continent next season;

Kwara United enjoyed a step in the right direction. It was a season of improvement for the Harmony Boys.

The attacking trio of Junior Lokosa, Alao Danbani and Samad Kadiri worked like a treat.

With a strong defensive backbone and a good attacking frontline, the Harmony Boys can genuinely compete on the continent.

All in all, it was a season of transition for Kwara United. With the squad brimming with young talent, they will be looking to build on from next season.

Dubbed the “Arsenal of Nigeria” Remo Stars disrupted the hegemony near the top of the table, finishing third at the end of the season, the best finish in club history and higher in the table compared to even the most optimistic preseason forecast. Sure, they have zero trophies to show for it, but it was a great season nonetheless.

The Ikenne-based club should be praised for disrupting the natural order of things throughout the season, rewriting the script and engaging in a whole series of other cliche-sounding honors.

Remo Stars spent money on strengthening their squad, as was evident in the arrivals of Sikiru Alimi, Andy Okpe, Dayo Ojo and Emmanuel Daniel.

It was a classic case of a break in momentum derailing their title challenge for Plateau United. Yet the break proved detrimental to their NPFL title aspirations as they finished second to qualify for the Champions League.

There would be very few Plateau United supporters disappointed after a tremendous season.

During 2020/21 season, they struggled for form. With Fidelis Ilechukwu arriving to steady the ship things improved, which is truly a wonderful achievement.

Rivers United played an attacking brand of football led by the dynamic Chijioke Akuneto, who went on win the Golden Boot.

The boards’ decision to stick with Stanley Eguma bore dividends as he steered the Pride of Rivers to the title with 77 points. To put this into perspective, Rivers United finished five places and 14 points better off than their previous NPFL season highlighting the work that has gone on behind the scenes in Port Harcourt. The Pride of Rivers scored more while conceding less and Rafiu Ishaq was another star man in their fold as he fired home 14 goals.

A lot will be expected from Rivers United on the continent and they have what it takes to make an impression.