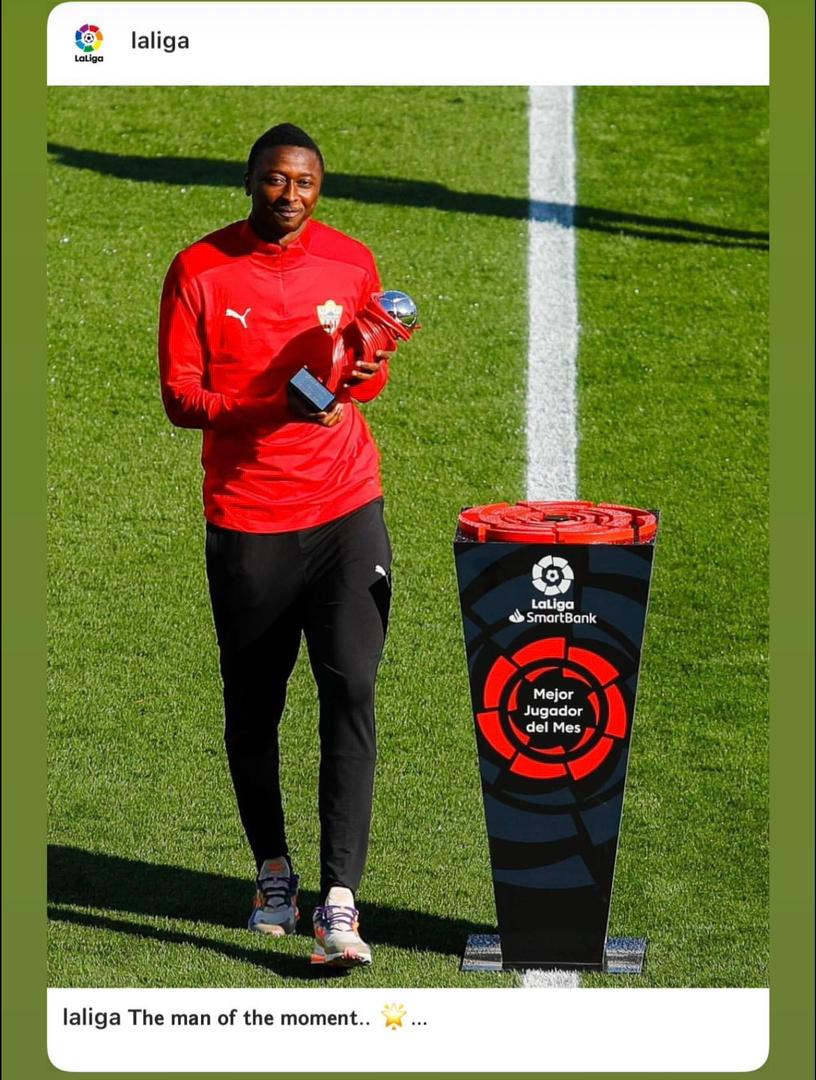 The player of the month, January in la Liga smartbank Sadiq Umar might be on his way to one of the top team team in Spain Sevilla if report Emanating from Spain is true.

According to one of the leading media In Spain. 24 years old is top target for the Europa cup winner haven scored 14 goals in all competition In the season for Almeria football club who are presently 3rd position on the log.

His last goal was just three days ago when he scored the opening goal against Leganes, he will be on parade against Real mallorca who are second position on the log in a match that will be full of good football artistry and well suspense.

SADIQ UMAR arguably one of the shinning light of Olympics 2016 under the watchful eyes of Coach Samson Siasia haven scored total number of four goals to emerged the country’s highest goal scorer in the last Olympics.

The former AS Roma striker’s form has been key in Almeria’s push for a promotion to the Spanish top-flight. La Unión currently sit third on La Liga Smartbank table with Sadiq playing an important role in the surge.

Sadiq has scored 12 goals and recorded four assists in 22 league games this season.

He recently picked up the January player of the month after scoring five times in three league games.