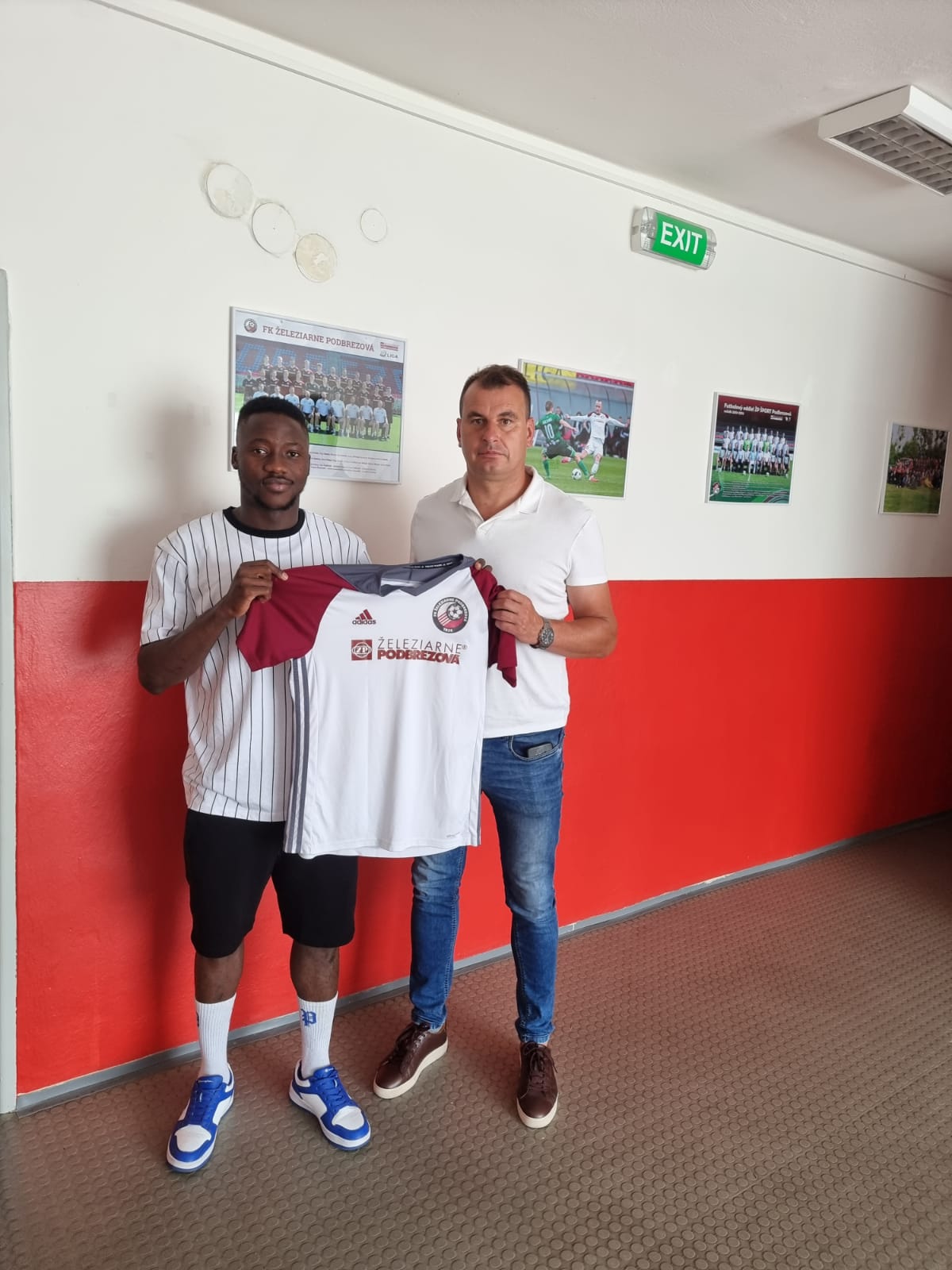 Nigeria striker, Moses Cobnan scored on his debut for Slovakian side Podbrezova in thier 4-2 win over FC Zilina in a club Friendly played on Saturday.

The former FC Obazza FC striker recently completed a move from Slovakian side SK Sered to Podbrezova FC after he penned down a three year deal with the club and would wear the number 99 jersey.

Podbrezova leading 2-1 with goals from Marek Kuzma and Martin Luptak in the 10th and 21st minutes respectively while David Duris reduced the deficit for Zilina to make the scores 2-1 after 24 minutes. Moses Cobnan registered his name on the score sheet in the 38th minutes to put the scores at 3-1 going into break.

Meanwhile in the second half, Taofiq Jibril netted brace for Zilina FC as they push to level up, but Podbrezova won 4-3 in an explosive encounter.

Moses expressed his satisfaction to have gotten on the score sheet. He stated that, it was a good way to start as he looks to maintain the momentum.

“It’s a great feeling for me and of course a good way to start. I will just have to keep the momentum going to get into the season on a good note and try to help my new club achieve our goals next season”.