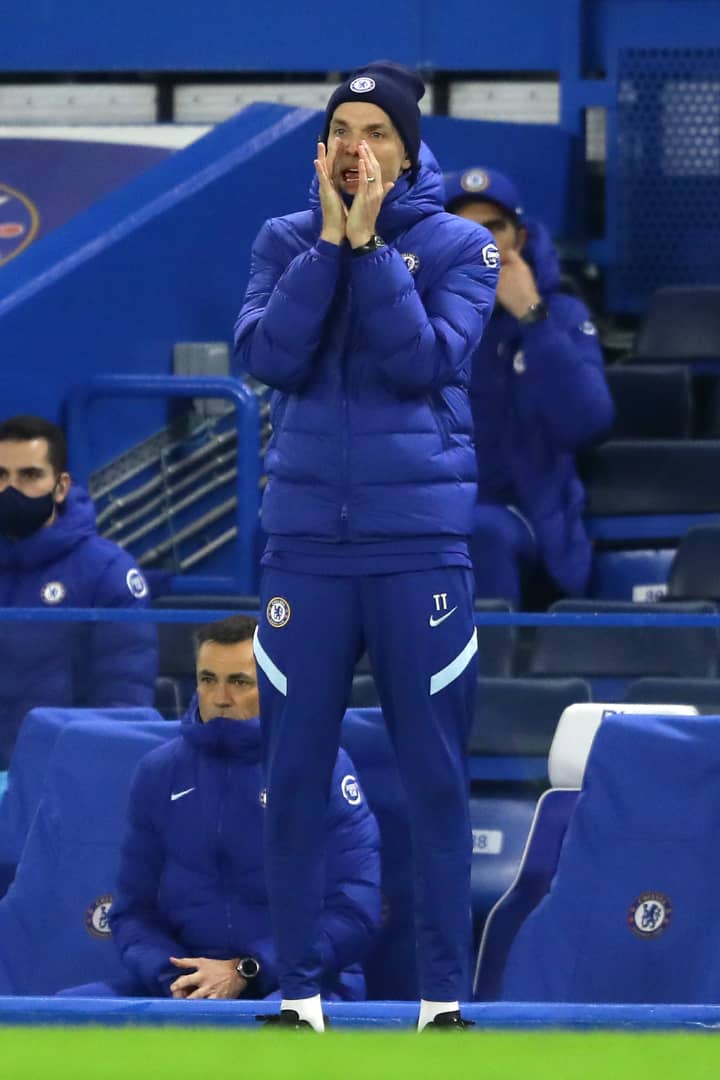 End or a period and rise of a new era for Chelsea. The dawn of a new beginning was set when Frank Lampard was confirmed to have been sacked by Chelsea days ago with new manager, German born Thoma Tuchel, former manager of Paris St German in France taking over the reins less than 48hrs ago.

With just one training session the night before his first league game, Tuchel set out his side against Wolves at the bridge in a way he described as not being entirely fair as he did not have enough time to judge the players before selecting the line up.

Chelsea players our a goalless draw last night (Wednesday, 27th January 2021), against a team who the lost 2-1 to in the last game at the Moleneux. But the game say Chelsea dominate play in all aspects and recorded some impressive records.

The blues recorded 820 completed passes and also had a possession of 78.9%, the highest by a team in their manager’s first game in charge of the club since the start of the 2003/04 season in the English Premier League. Maybe this is a sign of what’s to come, or probably a flash in the park.

Speaking after the game according to chelseafc.com , new Chelsea Manager said “So we were very well organised, we were brave, we had courage and we played really well as a team, offensively and defensively, with good input from the bench from the guys that came on and a very good attitude from those on the bench who did not come on. There was a good spirit.”

Chelsea are 8th on the EPL table with 30pts from 20 games and next face Burnley in the Premier League. Both Manchester teams occupy 1st and 2nd with City in front. Leicester, Westham, Liverpool, Tottenham and Everton complete the top seven with Arsenal and Aston Villa completing the top ten behind Chelsea.