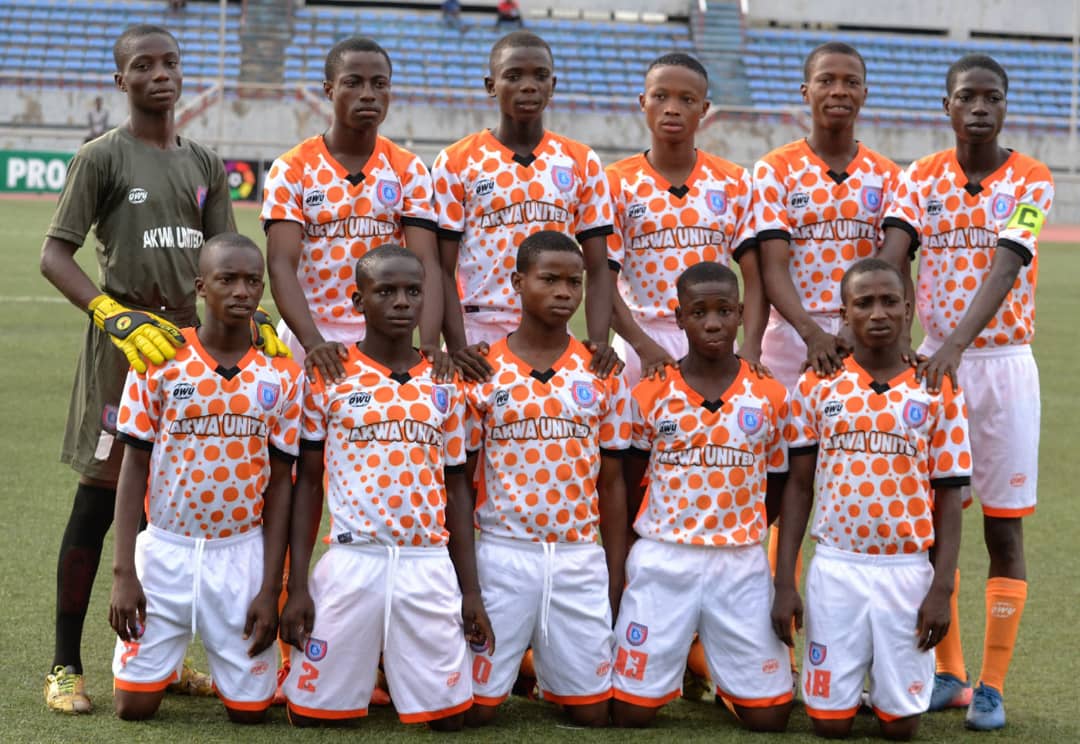 Chairman of Akwa United Football Club Elder Paul Bassey has praised the club’s U-15 team on their exploits at this year’s NPFL/LALIGA U-15 Championship as they prepare for their bronze medal match today at the Nnamdi Azikiwe Stadium in Enugu.

Elder Bassey in a phone conversation with the team ahead of today’s game, encouraged the boys to put behind them their semi-final loss to Warri Wolves but should focus on finishing strong in today’s third-place match against MFM.

According to the Club Boss, “I’m really impressed with your performance at this championship considering the fact that we didn’t have enough time to actually prepare for the competition. But despite getting to work on a short notice, you have made us proud with the impact you have made so far.

“In football, it’s either you win, lose or draw and there is no team in world football who has not experienced any of these results. I want you to be proud of your incredible record of four wins, two draws and one defeat, with just one goal conceded after seven matches.

“Today’s bronze medal match is your last in this year’s championship. Go out there and do your best and ensure you end on a winning note because this is the beginning of your football careers, make it a memorable one by finishing among the top three teams”.

Elder Paul Bassey conveyed to the team the satisfaction of the Honourable Commissioner for Youth and Sports Sir Monday Ebong Uko whom he said is happy with the team’s performance and achievements.

The club boss commended the management team and the technical crew of the U-15 team led by Mr. Anietie Christo and Coach Edward Edemekong for their ingenuity and dedication towards the team’s success at the championship.