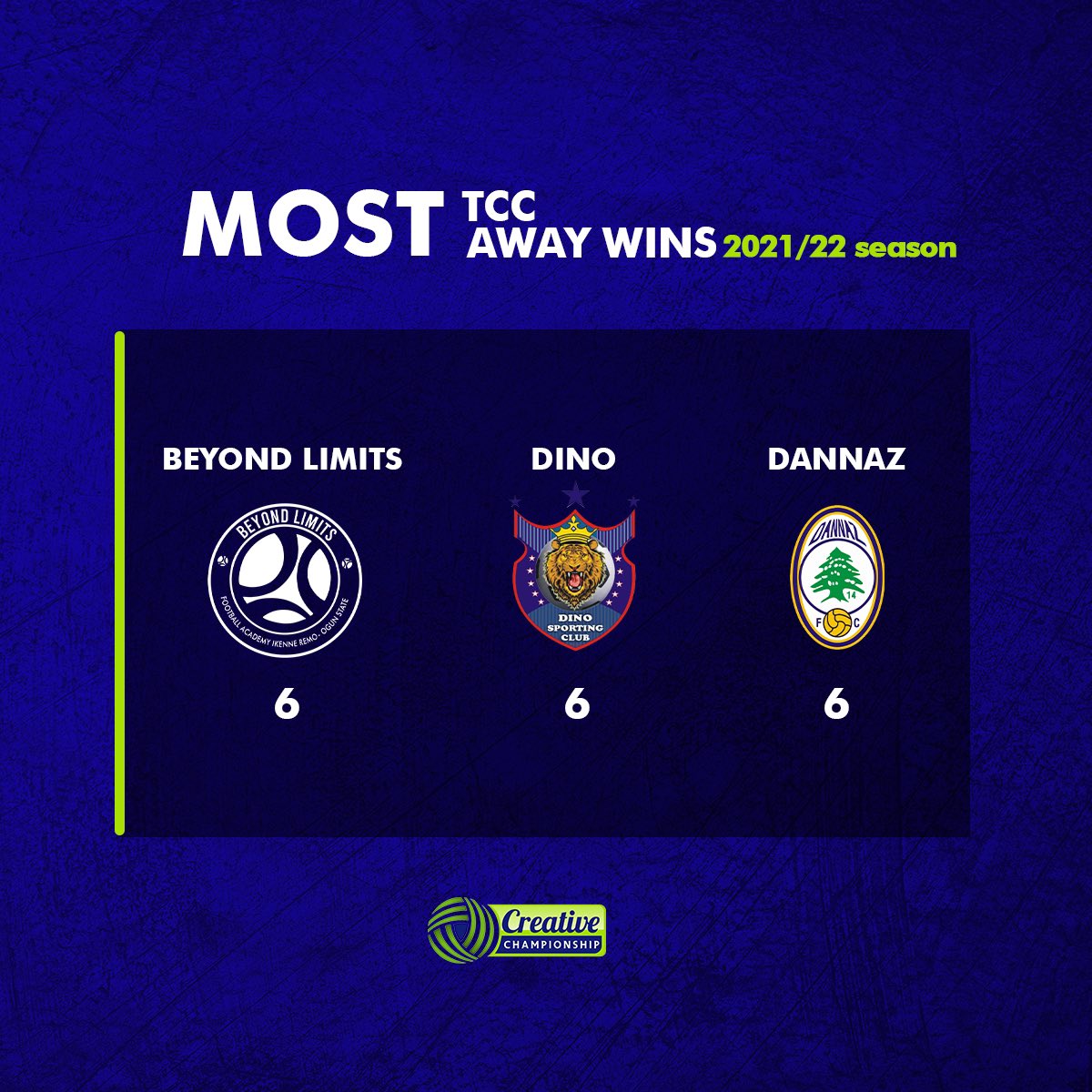 Posted By: Grace Johnon: May 30, 2022In: GrassrootNo Comments
Print Email

The Creative Championship regular football season has ended with Beyond Limits winning the league and Dino Sporting Club claiming the Cup.

But the memories of the just concluded season would continue to linger on, notably for clubs like Dino SC.

The young team assembled by Coach Godwin Gibson started the regular season on a low but picked themselves up through it and became a strong contenders for the title.

The Boys of Samuel Columbus were among the best teams both in the TCC League and the Cup competition.

Dino SC made a remarkable history in the just concluded season with memorable statistics.

They recorded more away wins (6) in the just concluded Creative Championship League, same with the eventual league winners, Beyond Limits and Dannaz FC.

Dino only dropped six points at home which translated to three home draws in the regular season.