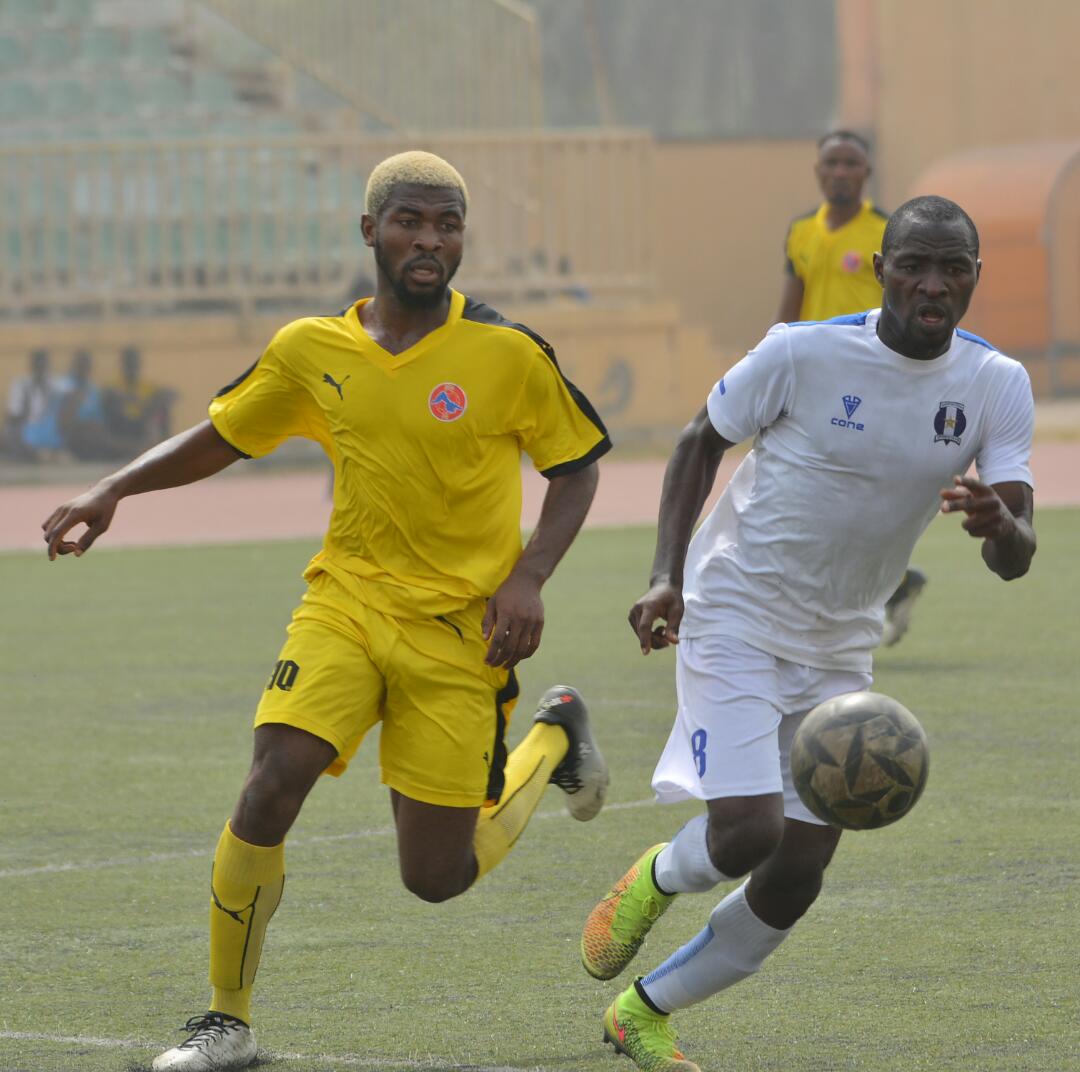 The match played at the Kwara Stadium Complex, Ilorin, saw the hosts dominated proceedings in the early part of the match.

The ABS dominance couldn’t stop them from conceding early as 3SC’s Abayomi Adebayo capitalised on Nasiru Toheeb’s miscalculated attempt to punch the ball to apply needed touch to score the goal in the 6th minute.

The hosts regrouped again after conceding the goal with their mesmerising display to the delight of few spectators at the stadium.

Taofik Aremu found young and speedster Maurice John, who raced comfortably on the right flank and sent in a beautiful cross for an incoming Samuel Bamigboye, but the deflected ball came off Taiye Muritala for an own goal for ABS equaliser in the 34th minute.

Mohammed Mohammed came off the bench in the 73rd minute but met the resistance of Dagbo in most of his attempt to break into the ABS box.

Seven minute later, the ABS former striker, made wise use of the communication gap between Dagbo and his goalkeeper Nasiru Toheeb to score the winning goal.

Dagbo who should have nodded away or to his goalkeeper, was short of what to do and watched as Mohammed won the ball, spotted his angle and stylishly tap in to the left hand side of the already exposed Toheeb for the winning goal.

According to the ABS Technical Adviser, Anthony Encho, the team will make a short trip to Ogbomoso on Tuesday for another friendly match before the 2020/2021 Nigeria National League (NNL), kick off on Sat. Jan. 30.