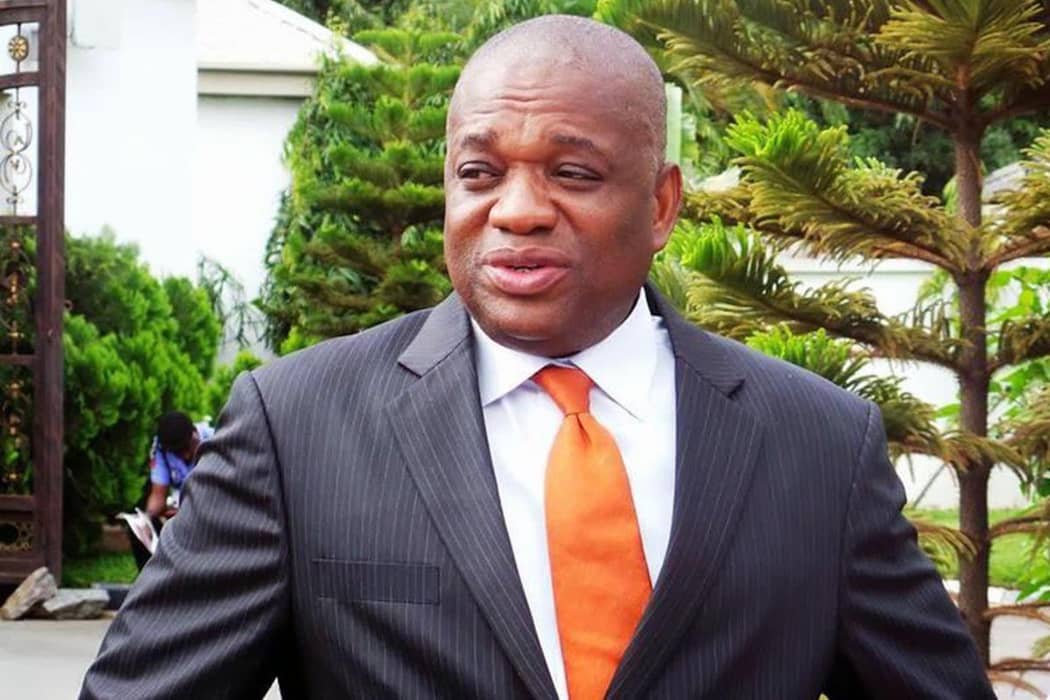 Former Abia State Governor, Senator Orji Uzor Kalu has expressed displeasure over the current status of state owned club, Enyimba Int’l calling on the Abia government to give the team a needed attention.

Senator Orji Uzor Kalu stated this on Wednesday when he was a guest on a popular sports platform on WhatsApp called Nigeria Sports Mouthpiece, NSM Rebranded.

The former two term governor of God’s Own State who under his administration led Enyimba to their historic back to back CAF Champions League glories noted with dismay what once loved by all club has turned to.

Senator Kalu disclosed that the club’s present dip in form was as a result of neglect by the present Abia state government which has made the team fell short of glories and motivation to record successes.

He recalled how motivated the team to record laurels and glories during his reign as Governor and called on the present government to give the club more attention which would make it returned to being admired by many as it were.

“Enyimba is an international club and its sad to see that a club I loved so much is not doing well as its used to, Enyimba was the pride of Aba people and Nigeria, they worship the club after God, but I’m not very happy with what is happening with the club right now, I believe they’ve reigned and they will continue to reign.

“Enyimba are in their worst part now since I left them, they have not done well and I don’t see them well because you cannot owe players, you can’t keep coaches happy you cannot motivates the coaches, and even the media that are promoting the team. If you don’t do this, its absolutely very difficult for a club to do very well.

“I used to travel from Umuahia to Aba to go and train with Enyimba and I used to follow Enyimba almost everywhere they go and those are parts of the motivation.

“I believe (they will improve) but they are struggling, may be tomorrow something will change, time will tell, so they will come back one day,” he said.

Senator Orji Kalu who is representing Abia North at the upper chamber of the National Assembly revealed how he planned to commercialized the People’s Elephants during his reign but the plan was jettisoned by his successor, Governor Theodore Orji who also changed his privately formed club, OUK FC to the state owned now called Abia Warriors.

“Before I left, we wanted to commercialized Enyimba and make it to go public working on it till I left and I briefed the Governor coming after me thinking he would follow suit but he failed to do that because Enyimba was really the love of our people and it was everything.

‘You know I created two teams back then, the other one was in Umuahia, I named them Orji Uzor Kalu (OUK FC) but they changed the name to Abia Warriors, I believe they will come back one day and I will be taking the club (Abia Warriors) back just that time isn’t right now.”