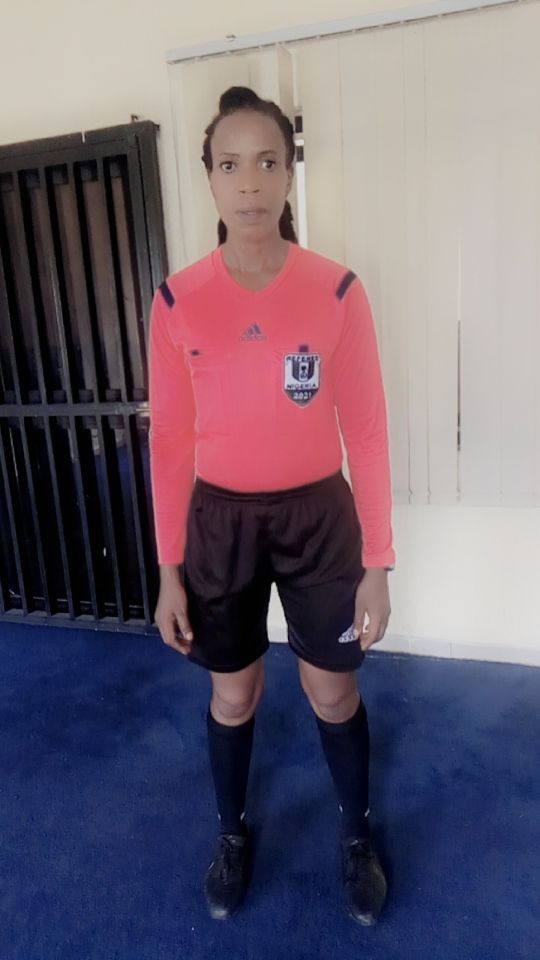 The organisers of the Soccer Queens NWFL Premiership Referee of the month award have officially announced Peace Ikerebe of the Edo State Referees Council as Referee for the month of March.

The experienced referee beat off stiff competition from Lagos based Ruth Okafor and Ondo based Joy Ogunboye to emerge the winner for March.

Ikerebe officiated the game between Ibom Angels and Confluence Queens at the Godswill Akpabio Stadium and was said to be fair with her decisions, receiving praises from the fans, players and the club managers of the two teams.

The Human Kinetics graduate was also at the middle of the park, when Rivers Angels hosted Sunshine Queens in Porthacourt, a game which ended in a rare draw.

The monthly award proudly sponsored by the NFF 1st Vice President, Barrister Seyi Akinwunmi is aimed at honoring women referees who have strong work ethics, have knowledge of the game and are positive role models. The winner will go home with a cash prize of N25,000.

A team of women football experts and panelists voted based on reports gathered by assessors all around various centres.